Could You Describe the Ruckus, Sir? 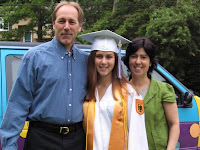 Hello my girl,
I  wanted to say hi and tell you how much I miss you and that I hope your classes are going well and that you are having fun too.
But I also have to have a mommy moment-  bear with me here.  I won't take long, and I won't be saying anything I haven't already said in one form or another,  but it is important.

You may or may not have heard about the NJ college student who killed himself last week because his room-mate had posted videotape of him having sex with another guy.  A terrible, senseless tragedy.

If that young man had only waited a couple of weeks nobody would have cared- he'd have gotten past it.  People have short memories- life would have gotten better, much better.  His parents and friends? They loved him prior to the tape- they would have loved him afterward too.  A few awkward moments and then life goes on.

But when you are young you don't know that even the awkward moments are fleeting.  On this,  you just have to trust the old people.  Remember when you were really small and cried and cried over something?  Well,  it didn't last.  That's kind of what it's like- awful things happen, you feel like there's a rock in the pit of your stomach, somehow time goes by and it gets better.  I promise you, it ALWAYS gets better.

The students, a girl and boy, who were involved in the taping and posting-- they are being charged with bias crime, invasion of privacy and possibly other things.  Their college life is over.  They will have to live with this death the rest of their lives-- and their families are devastated.  What they did was so wrong- but also so kid-stupid.  Not to mention mean. And so their lives will be different forever- but even so- their families will love them and they will have time enough to hopefully live in such a way as to make meaning from their mistake.

And if someone is mean to you, and it isn't something you can ignore-- seek out people to talk to about it.  Surround yourself with people who are supportive.  If you ever need help and don't know how to ask- try writing a letter instead.  And right now- before you might need such help- think about who you would talk to if needed.  In the midst of turmoil sometimes we don't always think as clearly- having a plan makes it easier to find help in crisis.  And remember there are always alternatives. Always.

Finally, don't be mean.  Don't let other people be mean.
Stand up for the underdog, protect those who aren't as smart or confident or easygoing as yourself.
Treat people's feelings like fragile little puppies- if you play with them- be gentle.

I love you so much and I know you really don't need me to tell you this stuff.... but it's my job.
Love and hugs,
Mommy

It's been nearly 3 years since this letter was published, went viral, reached a global audience, and ended up permanently linked from multiple websites including Ellen Degenere's.  Some wonderful students even made it into an anti-bullying video.  (I've included links below).

I am humbled and grateful to all those who reached out to tell me what my letter meant to them-- thank you.  I am so glad that the letter continues to reach a wide audience.

There has been some positive news- teen pregnancy is down, gay marriage approval is increased and there are more successful anti-bully programs then ever.  New Jersey passed new statewide rules which prohibit public school athletes, coaches and even fans from using  language against the gender, ethnicity, sexual orientation, religion or disability of an athlete.  When I was young it was common in sports to hear words like "pussy", "faggot", and "retard".  Today it will get you kicked out of the game or out of the stands.  So there is progress.

Unfortunately a quick look at some statistics indicates a disturbing increase in suicide rates among young people this year (2013). I leave it to the experts to speculate on the causes, but clearly there is still work to be done so that our children can grow up feeling hopeful and supported.

On a lighter note, I am delighted to report that the original reader of this letter, my daughter, graduated last June and is currently happily employed in the field of her choosing. She and her siblings are all out of the nest and doing well, for which I am very, very grateful. 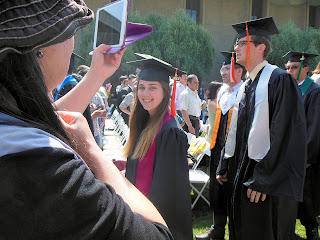